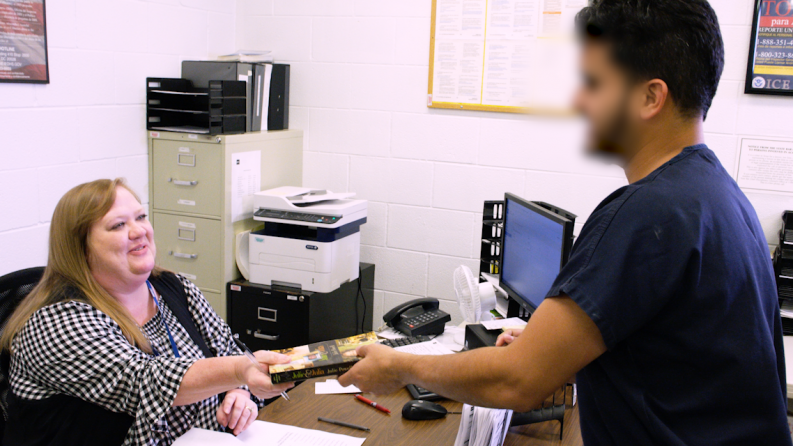 Here’s a letter from a detainee currently living at the IAH Regional Detention Facility in Livingston, TX. He was formerly incarcerated at the MTC-operated Oliver J. Bell Unit prior to being transferred as a U.S. Marshall Service detainee. This man wanted to express how he felt about his experience:

My name is Donavan Jaramillo. I have been incarcerated for three years and six months. I have passed through more than ten different prison and holding facilities while serving this current sentence. The past two and a half years of my incarceration have been the most productive for me, and I believe it’s because I spent that time housed at MTC facilities. And I just want to take a moment to share my experience and express my appreciation.

When I arrived at my first MTC unit while serving time for TDCJ (Texas Department of Criminal Justice], it was a drastic change in atmosphere for me compared to what I was used to. I was chosen to participate in the Prison Entrepreneurship Program [PEP] and transported to the Oliver J. Bell Unit in Cleveland, TX. PEP is an absolutely amazing program. I can only thank MTC for allowing PEP to exist in its facilities. I was offered the tools and resources to understand and learn multiple computer programs such as Microsoft Word, Excel, Power Point and Adobe Illustrator to build a business plan and presentation to pitch in front of a room of over 150 people; this could have only been possible after completing a Toastmasters public speaking course.

This is a short list of the many things I was able to learn while being housed at an MTC facility. Even outside of the classroom and back in the dorm it was a peaceful and civil environment that continued to inspire change, also having a sense of comradery amongst us inmates, a place where iron sharpens iron. I can honestly say from experience that staff members and officials do care by demonstrating a great deal of respect and concern for inmates who are working towards making a change.

I have since then been transferred to the federal IAH Detention Facility in Livingston, TX. Although it’s a more restricted facility, the officials do compensate us U.S. Marshall’s detainees for the lack of movement and visitation. I can also say that I feel safe from the COVID-19 virus in the IAH Detention Facility because of its low movement, design, and our access to cleaning supplies. IAH is by far the cleanest facility I have been to. All detention officers at IAH are very respectful and punctual, they will go out of their way to accommodate our immediate needs. For example, I’ve been trying for months to contact the U.S. Marshalls Service via mail in an attempt to bring to their attention that I have successfully discharged my federal sentence. This is a very difficult task to complete on my own without legal representation. I can truly say that if it wasn’t for the approval and genuine concern of Warden Sanchez and Assistant Warden Frawner, as well as the help of Ms. Dawson who has been helping me in the law library since day one, I might have given up and served an extra three years for a simple misunderstanding. Not that she has been able to call the U.S. Marshalls Service on my behalf I’m one step closer to getting home to my family faster than I could ever expect, and for Ms. Dawson’s help I’m forever grateful. Although I was transported and held at an ICE facility that doesn’t [usually house] U.S. Marshalls detainees, the staff at IAH has done a great job of adjusting during the COVID-19 outbreak, as well as compensating us with all the help and resources they do have to offer. I have now come to the end of my sentence, and it feels as if the weight of the world has been lifted off my shoulders, but I know this wouldn’t be possible without the help of Ms. Dawson and the IAH staff. I want to end this letter by thanking MTC for their genuine compassion to protect and serve.