The MTC-operated Gadsden Correctional Facility in Quincy, Florida not only provides a wide variety of programming and rehabilitation opportunities to the general population, it also focuses on helping women who are close to being released prepare for success.

One way is through a new website. The site has links to several resources that the women will be able to easily access and use once they are released.

Kassandra Starrine is a case manager at the facility.

“That’s one of my biggest concerns,” she says. “You can give them all the tools, but, once they leave, are they still going to utilize those tools? So, having a website that they can access, where it’s like a one-stop-shop for all of their resource needs will be fantastic.” 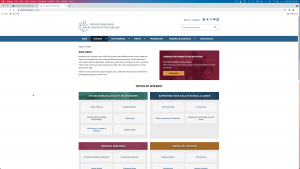 “We do a lot of job training skills,” adds Ayana Hale, also a case manager, “We do a lot of resume writing, we do a lot of letters that they can use once they go out into the community. So, I think that having this resource available for them will be very beneficial, because it’ll actually carry on into what they’re doing on the outside. Because we can handle some major concerns here, but when they get out, other things will arise.” 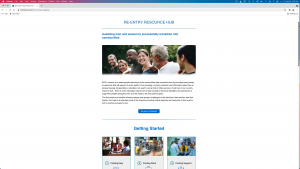 Jonte Perry is a resident of the facility. She says, “I actually see it as a value, going home and being a mother again, and being able to have resources to be able to speak to people for counseling; as well as accessibility to jobs, and things like that, will be very resourceful for us as ex-offenders.”

“I think that when we’re released,” she says, “we’re going to face many obstacles, and having a website to go to would help us to go to resources to help us for betterment, instead of resorting back to what we know, what landed us here. So, I think it will be very good, and a breakdown of it being by counties will help us to go to exact resources that are local.”

The new re-entry website was designed by a workgroup consisting of MTC corporate staff, Gadsden facility staff, and a resident of the facility, Whitney Culbreth.

“Well, I think it’s really unique to MTC’s company,” explains Ms. Culbreth, “and the way that they approach their programming and the services that they offer. I think that they felt like I was a good person to ask because I work in the law library and I deal with a lot of women prior to their releasing. And there is a plethora of issues that women face, and they’re all unique, and they’re very challenging. So, them asking me for that input, and just my perspective, was very meaningful, and I very much appreciated that.

That was one of the first things that really made an impression on me, coming to Gadsden, and it being run by MTC. And over the years as I’ve met and spoken with people at the corporate office and people who are at the administration level here and realize that they’re all working toward a goal; and they very much make rehabilitation and re-entry and self-esteem, really kind of humanizing corrections, I think that that is something that they drive home a lot. And it shows. And it colors everything that they do here, and it makes a huge difference.”