He Admits He Wasted Years of Life, But Now He’s Turning the Corner

“I’m not getting up here to tell you what I think you want to hear. I’m getting up to tell you the things that really helped me impact and change my life.”

Antonio says he’s been in prison way too long.  And up until now, he hasn’t done much about it. 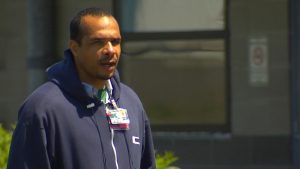 “I had got to a point in my life that I was just sick and tired of the same cycle. I’ve been in prison over 20 years, and you see the cycle of guys who keep doing the same thing but expecting different results. And, I was tired of being that guy.”

Antonio had to look deep inside.

He believes time is scarce, and he’s trying to take advantage of every opportunity.

“I spent so much time doing pretty much nothing, just sitting on my hands. Because at a lot of the other institutions you had to wait until you were five years or less to even get in any program. Down here they don’t do none of that. If you want to get in a victim awareness or other program, you can get into those programs. They don’t put those time restrictions on you.”

So, while Antonio recognizes he wasted years of his life, he’s determined to turn things around. And thanks to effective programming and caring staff, he’s well on his way.

“A lot of the things I thought wasn’t a possibility have come through, based on not only the desire in my heart that I wanted to change, but staff that allowed me the room to grow and to change into that person I wanted to be.”

North Central Correctional Complex is accredited by the American Correctional
Association—achieving over 99% compliance for both mandatory and non-mandatory
standards in its most recent audit. Other accreditations and certifications include the
Correctional Education Association and the Prison Rape Elimination Act (PREA).