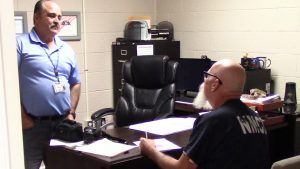 “This facility has made me open my eyes,” says Johnny Peace who’s incarcerated at MTC’s Otero County Prison Facility in southern New Mexico. “I mean, I’ve opened my eyes a lot.”

Johnny Peace talks about his experiences at Otero.

“I have seen a lot of good. It’s been done by inmates and staff working together.”

He’s been at the prison for seven years, and at first, he wasn’t so open to the facility’s focus on education. He recalls his first few days in Mr. Roberts’ GED class.

“All I would do in his GED class was draw. But then all of a sudden one day he said, ‘Let’s try something different today.’ And I tried it. And you know, I like it. I’m doing algebra now.” 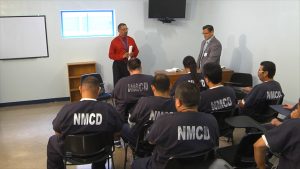 “I need to be a, I guess, role model to my grand babies, to show them that education is important even though I didn’t have the chance when I was their age.”

Deputy Warden Deloris Simmons has helped Johnny along his path of change. She knows the value of education. 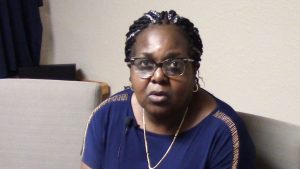 “Believe it or not, they are going to be our neighbors one day. And it’s very important for them to get their education so that they can go back out into society and be very successful and not let this be a revolving door back into the prison system.”

“I’ve been in other facilities; this is one that I think has made a good impact on me because when I get out, I know that I can make it.”

Johnny now understands that the most important choices in life are the ones he’s making now.

“And it’s going to have to start in here. It can’t start out on the streets or anywhere else. It has to start here.”