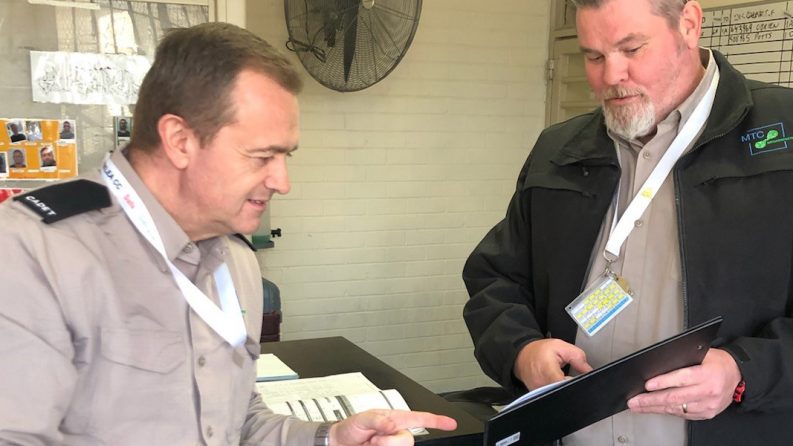 MTC-Broadspectrum Warden Spends a Day as a Correctional Officer 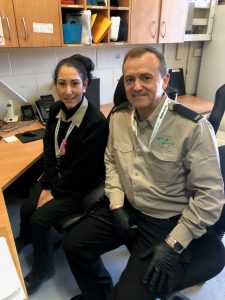 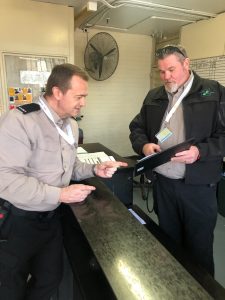 rehabilitation and other services to approximately 1,500 minimum- and maximum-security inmates awaiting trial and sentencing. Operating a correctional facility comes with inherent challenges, and the men and women serving as officers do an outstanding job of maintaining safety and providing vital services to those in their care.

The warden, or governor as they’re called in Australia, decided to spend a day as a correctional officer. Governor Paul Baker wore the officer uniform and worked an officer’s shift. Paul (as we’ll call him for this story) started the day in one of the housing areas where staff were doing a great job managing challenging situations. Paul did the morning pill run, conducted cell checks, and as the newest officer, cleaned the office.

Paul also worked in one of the new housing areas. The facility recently expanded, adding an additional 500 beds. Paul noted that although this area has been open for six weeks, it still looks as good as it did when it opened. One of his tasks was checking inmate call lists and speaking to families to ensure phone lists were in order.

His last post of the day was in reception, which was quiet until just before 7:00 p.m when a van of 11 inmates arrived. The new group needed to be processed promptly and moved to their housing areas.

Paul reports that his day reminded him of the tough jobs frontline staff do, which require the “patience of a saint” as well as the ability to be assertive and ensure staff maintain full control of the facility. He says by the end of the day, his legs ached, his head was spinning with all the information he’d taken in, and his ears were ringing with the calls of the inmates. In the end, he says it was a rewarding experience to be on the ground and see staff support each other.