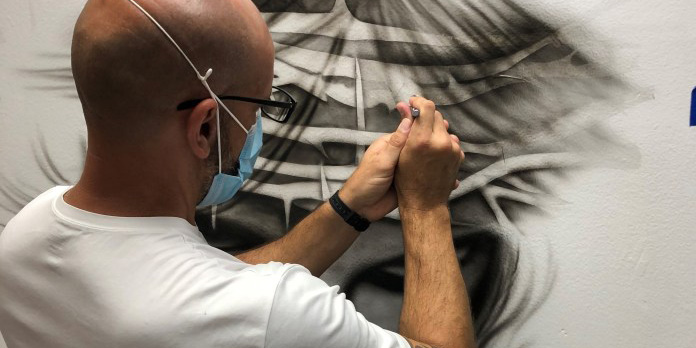 Prison is not the place you would expect to find extraordinary artwork. However, the Oliver J. Bell Unit, located at 901 E. 5th St. in Cleveland and operated by MTC, is known for fostering creativity among its inmate population, with inmate artwork routinely displayed in hallways and common areas.

Jarma said he is grateful to MTC for providing him with the opportunity to paint.

“It has been an honor to paint the walls of the Oliver J. Bell Unit and hopefully put a smile on someone’s face. Thank you to everyone in the MTC Corporation. You have definitely made a difference in my life going forward,” Jarma said.

Not only does the art project give offenders a productive way to spend their days, it boosts confidence and self-esteem when they see how the artwork is received by other offenders, employees and guests to the prison.

Sheila Jarboe, executive secretary at the Bell Unit, says the prison is also in the process of creating a children’s center in the visitation room where there will be books, games, a Lego table, alphabetical flooring and a Looney Tunes-inspired wall.

Since most people will never have an opportunity to see these murals, the Bell Unit provided the following photos.