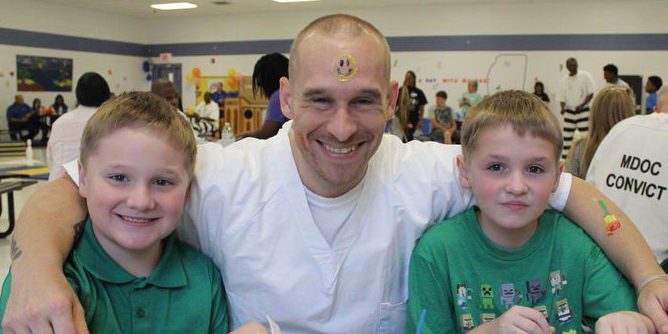 NEWS: OUR VIEW: The human face of convicts

Anyone with a lock ‘em up and throw away the key mentality needs to read “Family Time at Jail” by Whitney Downard published Tuesday, Aug. 1 in The Meridian Star.

The “Day with Dad” program, which connected East Mississippi Correctional Facility inmates with their children,  brought smiles to many of our readers and some tears to those who were present at the prison last Sunday. The smiley faces didn’t need to be painted on their skin. The prisoners and children wore real ones on their faces. Facility manager Makshia Wells introduced the program this year to East Mississippi, inspired by similar programs at other Management and Training Corporation facilities.

Many of the men hadn’t seen their children in years, let alone have the opportunity to play with them, and were visibly emotional as Downard reported.

No doubt, these prisoners made mistakes and did bad things to be placed behind bars, but the scene was a reminder that these men were, also, once innocent little boys.

A Day with Dads program connects inmates at East Mississippi with their children on Sunday. To be eligible for the visit, dads had to be demerit-free for a year, be involved in prison programs, actively participate and demonstrate good sportsmanship, Wells said.

“We felt like it was needed for these guys that are in programs,” Ray Rice, deputy warden of programs said. “MTC is all about programs and these guys have done everything they can possibly do. We wanted to reward them with the opportunity to have a little-more-than normal visitation where they can play games and get to know their children a lot better,” Rice said.

The family connections will be important when the men leave prison.

Brothers Meciah and Elijah Morgan traveled from Tupelo with their maternal grandmother, Carrie Thompson-Buse, to see their father, Matthew Morgan.

“It’s important to me because I know how important their relationship is with their father,” Thompson-Buse said. “He’s been in prison for six years and is coming up for parole next year … They’re seven and eight now… maybe a positive experience can come from this experience that they’ve both had to go through.” The value of the program wasn’t lost on Star readers, either. Comments to our Facebook page were supportive.

“What an awesome way to remind them of why they should stay on the “straight and narrow,” Marshia Kennedy wrote. “Being away from your children under any circumstance isn’t fun.”

When the day arrives for prisoners to put the bars behind their back, they will have new choices to make.

We hope programs such as these provide the motivation to follow the positive lessons learned in prison rather than the negative ones that would lead only to their return.

Meanwhile, it is worth remembering the images of face-painted dads and kids and human connections when contemplating the latest Bureau of Justice statistic that more than 1.5 million men and women are in federal and state prisons.