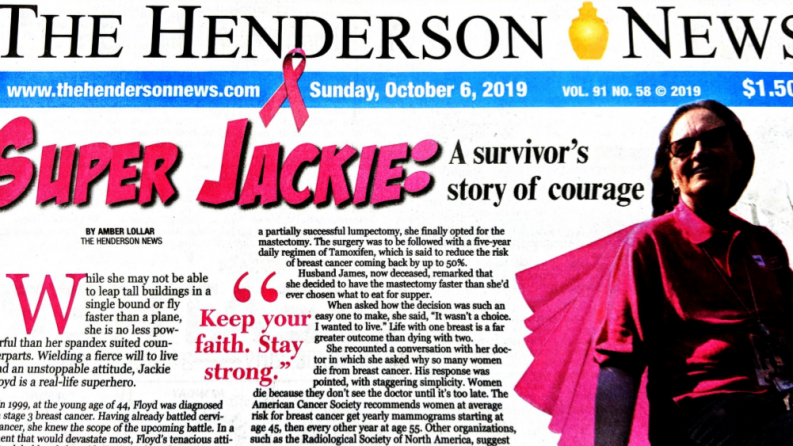 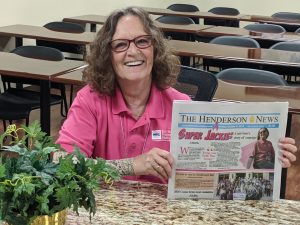 The East Texas Treatment Facility is located in Henderson, TX, where the local paper, The Henderson News, recently featured an article on one of the facility’s staff members.

Meet Jackie Floyd, or, as the newspaper dubbed her, “Super Jackie.” She’s a breast cancer survivor, and her fighting spirit inspires everyone she comes in contact with, including her fellow staff members at the facility, many of whom fought right along beside her during her long journey of treatment and healing.

It turns out this battle with cancer was not her first. She had already survived a fight with cervical cancer. As she dug deep and fought again, her fortitude inspired an entire community. So much so that it caught the attention of the paper.

MTC is proud of such warriors who fight the battles of life, most of whom are largely unheralded. Perhaps that’s why the story of Jackie’s survival is so inspiring.  It’s an everyday person doing an extraordinary thing, giving us all hope to win our own battles. 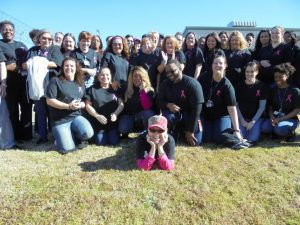