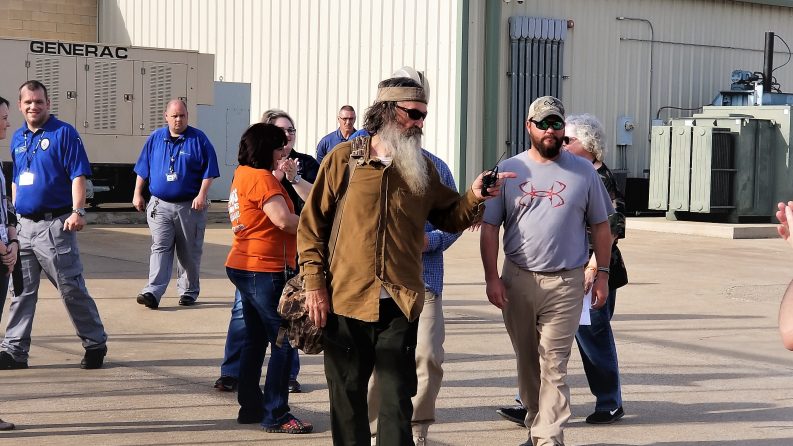 Duck Dynasty star Phil Robertson spoke to more than 500 men and women at the East Texas Treatment Facility, inspiring them to turn over a new leaf.

“You’ve got to move past rehab and move into the redemption part,” he said.

Robertson, who founded the Duck Commander company and subsequently experienced great success in television, struggled with addiction until he was 28. He says his life changed after he allowed God into his life. He reminded the men and women that we’ve all got problems and that it’s never too late to turn away from harmful behavior.

“There are no sinless people on planet earth,” he said. Celebrate Recovery Team Leader Randall Greer was so impressed with the East Texas Treatment Facility’s focus on rehabilitation during a 2017 visit that he wanted Phil Robertson to see the prison for himself. Robertson concluded his remarks by telling the crowd to “put your faith in Jesus and quit doing the sinful things that put you here.”