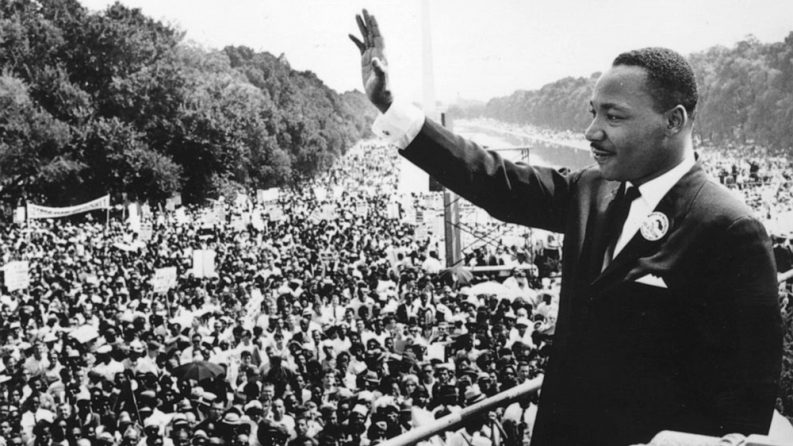 Dr. Martin Luther King, Jr. was a social activist and Baptist minister who played a key role in the American civil-rights movement from the mid-1950s until his assassination in 1968.

Dr. King sought equality and human rights for African Americans, the economically disadvantaged, and all victims of injustice through peaceful protest. He was the driving force behind watershed events such as the Montgomery Bus Boycott and the 1963 March on Washington, which helped bring about such landmark legislation as the Civil Rights Act and the Voting Rights Act.

Dr. King maintained a vision for a more diverse America where all people enjoyed the benefits of equality. During a time when the opposition implemented legislation that withheld rights from people of color and expressed hatred through beatings and killings, Dr. King continued to take the high road.

He realized that violence would play into the scheme of the opposition. He knew that violent retaliation would fit exactly into the assumed mold that many had formed regarding civil rights activists. Because of that, he constantly preached that nonviolence will ultimately allow the opposition to prevail. King was awarded the Nobel Peace Prize in 1964 and is remembered each year on Martin Luther King, Jr. Day, a U.S. federal holiday since 1986.

To read more about Dr. King and his works, please visit:  https://www.history.com/topics/black-history/martin-luther-king-jr and https://mlk50.civilrightsmuseum.org/dr-kings-legacy