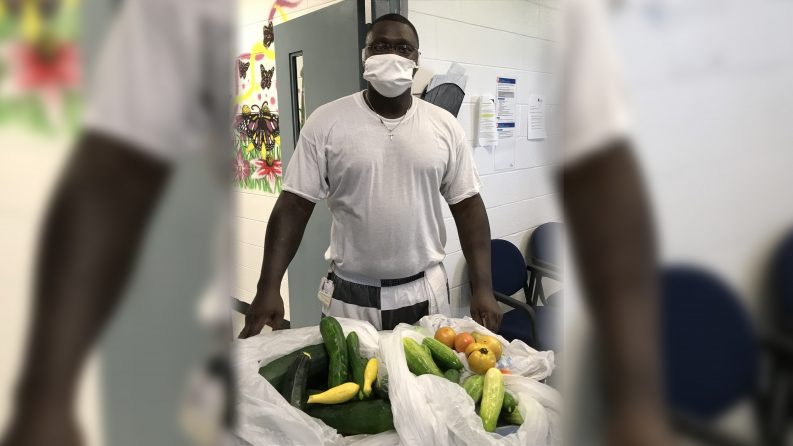 A select group of residents at the Marshall County Correctional Facility, in Holly Springs, MS, are involved in a garden project. The men grow produce that is donated to the local Sacred Heart Southern Mission and its Garden Café which serves meals to those in need.

The opportunity to give back to the community in this way has touched the men’s lives.

Terry Coleman says how working in the garden gives him “peace of mind and helps him give back to society”. He also sees a parallel to his own life.

“I plant a seed and watch it grow,” he says, comparing that to the planting of seeds of change in his and his fellow residents’ hearts and seeing those changes take effect.

The staff members who deliver the food to the Garden Café are always thanked by those serving in the mission who often speak of their amazement that the food is provided by a prison garden.

This season a total of 391.7 pounds of zucchini, yellow squash, tomatoes, bell peppers, jalapeno peppers, cantaloupe, and watermelons were harvested and donated.