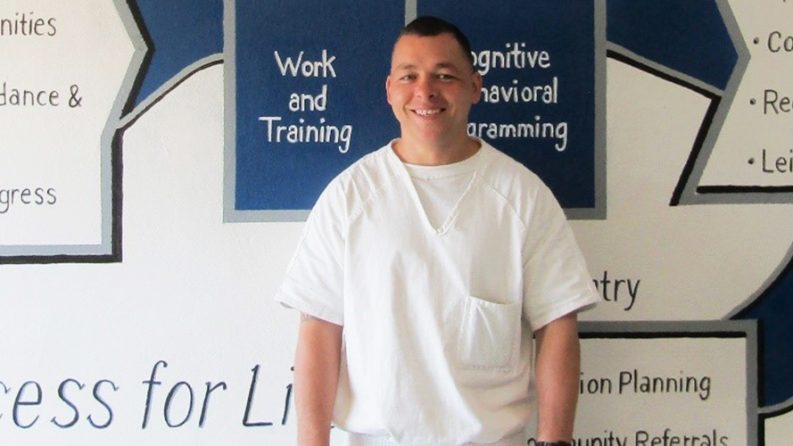 Dustin Garcia remembers when MTC took over operation of the Bradshaw State Jail in Henderson, Texas.

“I honestly thought things were going to get worse and my time was going to get a little harder than it already was,” he explains.

But after seeing the improvements, the strong emphasis on rehabilitation programs, and genuinely caring staff, Dustin says he began seeing things clearly

“Within a couple of months MTC was proving me wrong. They started establishing a variety of programs that have literally helped not only my time, but my outlook on life. I enrolled in the carpentry class and was introduce to Mr. Staples. At first he seemed like he was going to be hard to work with, but by the first week, I learned this was a teacher who really loves what he does and he really wants to teach us everything he knows about Carpentry.”

Dustin went on to complete the facility’s carpentry program, learning valuable technical skills that will help him find employment after he’s released.

“Completing the carpentry trade,” he says, “has been a huge accomplishment for me and has been an honor to be taught by a man with so much integrity in what he does.”

Then Dustin got a job as an education clerk.

“I knew it was going to be a good job and help me in this learning process, but I never expected to run into what was waiting ahead of me. When I started working, I quickly realized that the group of teachers here at MTC really cared and wanted to help everyone who came through the doors. So far,  MTC has lived up to their motto “BIONIC” [Believe It or Not I Care].”