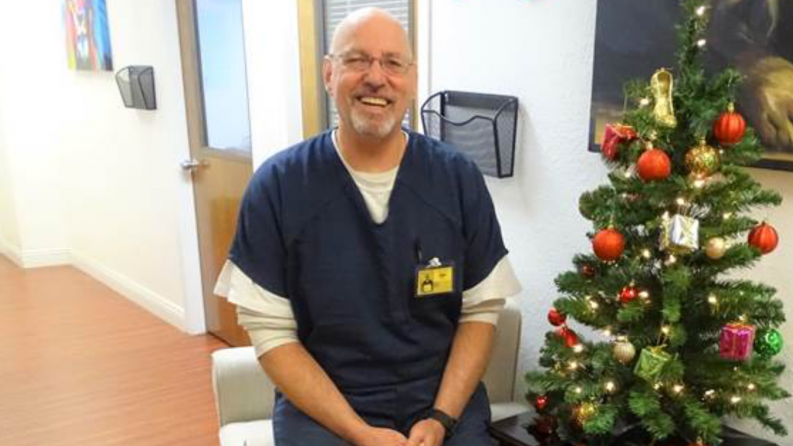 A family in Chaparral, NM received a check for $1,000 thanks to a resident-organized club from the nearby Otero County Prison Facility.

The Veterans Club is made up of 50 veteran and non-veteran residents at the Otero County Prison Facility. It’s an inmate-organized club that throughout the year has fundraisers to give back to the community. They have been doing this since 2015, but COVID-19 has brought some challenges to the club.

“Before the pandemic, we would meet once a week and do some type of activity,” says veteran George Tice who is a resident at the Otero facility and vice president of the club. “And every two or three months we would do a fundraiser which normally means food sales between inmates. We would end up making close to $3,000 off those fundraisers.”

The on-again and off-again lockdowns limited the club’s fundraising opportunities and the events that they would normally have, but with their efforts they were still able to raise $1,000 which were donated to a local family in need.

Maria Nayeli Carlos, her husband Martin Briseño, and their two children received the generous donation and were touched when they found out this money was raised by residents of the Otero County Prison Facility.

“God bless each and every one of them for doing this,” Carlos said. “I want to let them know to have faith and know all will be OK, to keep going.”

While the amount might seem on the modest side to some, for residents of the facility it represents a lot of hard work. Those who contribute to the fund know it will be used for a good cause.

“The value of money is different to a prisoner than it is for somebody on the outside,” Mr. Tice said. “There’s a real generous spirit here among these people. They really do want to reach out and part of it is a lack of feeling loved from being in prison maybe. It gives me hope for humanity that they are so generous.”