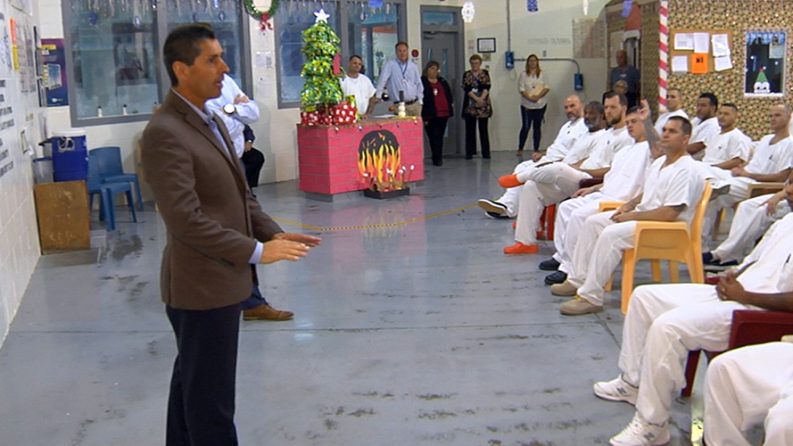 I spent 26 years in federal prisons; here’s what Congress should keep in mind as it considers prison reform

Criminal justice and prison reform are back in the news today. Congress and the administration are reportedly close to a bipartisan compromise to reform a system that costs too much, imprisons too many, and too often fails to stop the terrible cycle of recidivism.

President Trump appears engaged on this challenge, recently endorsing the FIRST STEP Act and hosting a high-profile celebrity meeting in the Oval Office focused in part on the issue.

This is all positive news, but from my perspective, there has been a lack of discussion about the need for effective programs empowering incarcerated men and women to change their lives and prepare for successful re-entry into society.

I should know: I spent 26 years in federal prisons of every security level.

When I was 23, I was arrested for my involvement in transporting illegal drugs. During my decades in prison, I never had much access to programming aimed at helping me make the transition to society. I had to do it largely myself. I was lucky to discover the power of education on my own, and I began to push myself toward higher goals. Everything I did became focused on improving myself and making sure I was prepared once I got out, so that I would never end up where I started.

After completing my obligation to the Bureau of Prisons, in August 2013, I committed myself to finding ways to empower and inspire incarcerated people to use their time in the criminal justice system productively. I cofounded Prison Professors, a company that creates programming and courses to help inmates help themselves, finding strength through the struggle of incarceration.

We visit lots of prisons though this work, talking to inmates, administrators, and officials at all levels. Some are doing well, while others are falling short. One thing we have learned is that it matters far less what type of correctional facility it is, or who operates it, than what kinds of programs are offered.

For instance, earlier this year, I toured correctional facilities in Texas run by a company called Management & Training Corporation. The opportunities and programming afforded to people incarcerated there were highly impressive. It gave me hope that other facilities, privately and publicly run, might follow their lead. The re-entry program there teaches personal development and business principles and links local business leaders to inmates as mentors and advisers. These are exactly the kinds of programs that can help empower inmates to change their own lives and prevent recidivism.

There are many vitally important aspects to criminal justice and prison reform now being considered in Washington, but from personal experience, I hope that the top legislative priority is a focus on empowering incarcerated people to prepare for best outcomes upon release.

Michael Santos served 26 years in federal prisons of every security level. He co-founded PrisonProfessors.com and works as an author, speaker, and consultant on criminal justice issues.