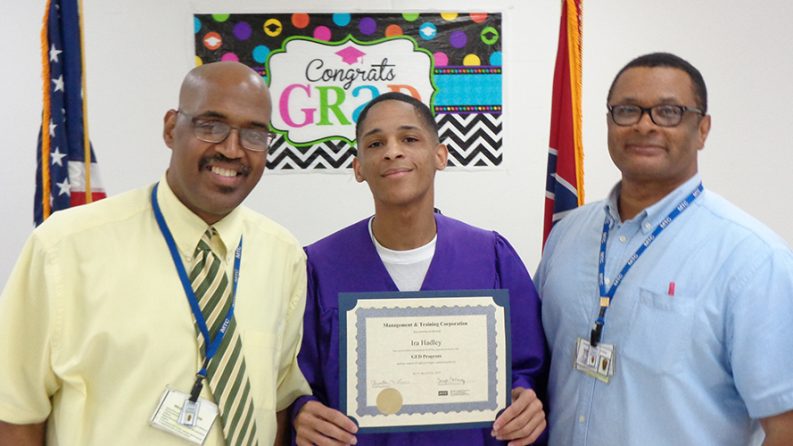 “This is a great day,” Warden Jody Bradley told the graduates. “Nobody can ever take this away from you.”

The offenders, donning purple caps and gowns with white tassels, beamed with bright smiles as they participated in the ceremony that included family, staff, and other offenders.

“My dad wanted me to come to class and be a better father for my kids,” he said. “This will better me as a person. It will help me go to college and study computer technology.

Shaniece Mabry, director of education for the Mississippi Department of Corrections told the graduates, “This is one step in a long journey. Your current situation does not determine your future destination.”

Walter Jones received his diploma and a special surprise: He saw his seven-month-old daughter, Reniah Norwood, for the first time. She came with his mother and two sisters.

“I was nervous,” Jones said later. “I didn’t really know how to react. It was an indescribable feeling to hold her for the first time.” Jones adds he hasn’t really grasped how many doors the GED will open for him. “I know it’s a good thing and I’m glad I got to do it.”