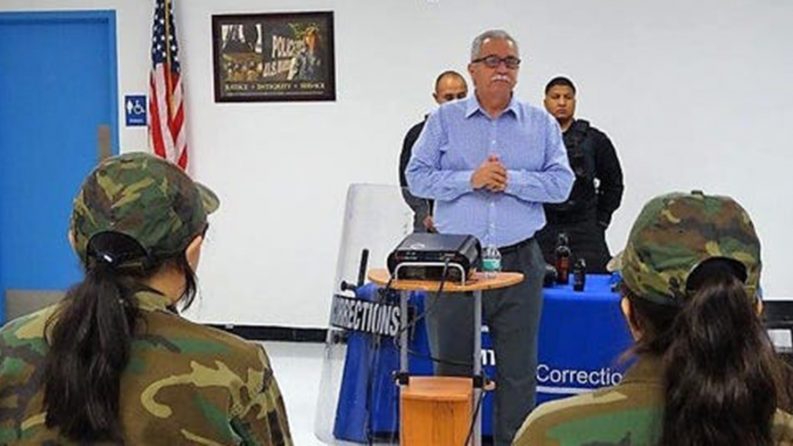 “We do visits, because they need to see firsthand what it is that people do, instead from just hearing it from me. It is best that they see and speak to the staff, actually get training. That’s what they need it’s the hands on. The hands on is what gets the students more engaged and this is the career they want,” Gadsden Independent School District Career and Technical Education Law Enforcement Instructor Samuel Marquez said.

This is not the first time that Otero County Prison Facility has opened its doors to students from high school who are interested in corrections as a career.

“This was an opportunity for me to be the host of the tour. Their reactions were surprising as expected. They came into a secure prison facility, so they were a little nervous at first you could see that. Once they started going towards the tour walking around and they saw that we were with them, they started to ease up a little but they still had the little bit of nervousness to them. I think they gained a lot from what we showed them,” OCPF Transport Officer James Perez said.

The ERT team focuses on both, the safety and the security of staff and inmates.

The ERT team has assisted other facilities with riots.

“This is the first time I come to this facility, especially with my students. We have gone to other facilities. I think this facility was top notch, its run very professionally, efficient and the staff here are just amazing. Everybody was just on top of my kids,” Marquez said.

The students are preparing themselves to be in a competition that will be held in El Paso.