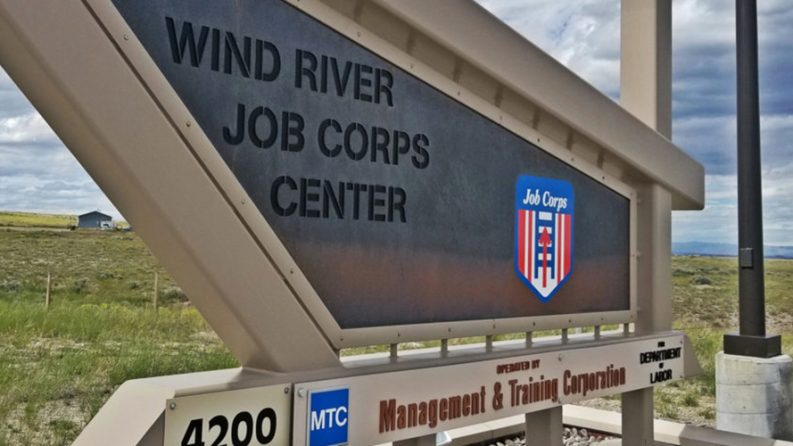 NEWS: Wind River Job Corps Center now in the top 50 of all centers in the USA

(Riverton, Wyo.) – The U.S. Department of Labor’s Wind River Job Corps Center is now ranked in the top 50 of all Job Corps Centers in the United States, according to its Director Jim Whitmire. “In the performance ratings of the 124 job corps centers, we have climbed to number 41,” he told the center’s Community Relations Council. “There are various measures used to rate the centers and we’ve made tremendous progress in meeting the goals set up for us.”

Whitmire said he was especially happy that Wind River was ranked as the top center in the country on one measure. “We are number one in the country for placement and earnings of our graduates,” he said. “We follow our graduates for a year after they leave. We are ranked if our grads are working in the field that they were trained, that they are keeping their jobs and on the earnings they make.”

He said the number one program at the center is its truck driving program. “It was our number one trade last year with 35 to 40 graduates a year. They are making $15,000 a quarter over a year’s time. We’ve increased the number of slots for that program so it has nearly doubled in size.”

Whitmire also said the focus of the local center, now in its third year, is shifting to attract more local and especially female students who can come to the center each day and then go to their own homes each evening. “We are at 77 percent total capacity right now and 98 percent of our beds on campus are occupied, so we will focus on enrolling the non-residential local population to fill the center,” he  said. “We currently have 40  slots open for local students, and only four are being used.”

He said a local student would be required to have stable housing and transportation to be able to get to and from the center each day.

Whitmire said a new program that will be starting at the end of February should help attract those non-residential and female students. “We are opening up a hospitality program. We already have an instructor on board. The program will focus on restaurant and lodging management and students will receive a certificate upon completion from Central Wyoming College. He also said the Center is working with CWC to start a health care program that will start this summer semester and focus on training for Medical Assistants, Dental Assistants and Medical Office Assistants. Graduates will receive a certification from CWC. We are also looking at adding certifications for performing EKGs, for Phlebotomists, and for Nursing Assistants.

With the addition of the  two new programs, one prior program has been dropped from the Center’s curriculum. That was accounting as enrollment did not meet expectations.

Whitmire also noted that the Center is working with several local high schools on concurrent enrollment, with a half-day at the center and a half-day at the school. Currently Fort Washakie and Wyoming Indian high schools are participating, but Memorandum of Understanding documents from the Department of Labor are in the works with Wind River and Riverton. We also hope to pick up Arapahoe and St. Stephens, and perhaps even Lander at a future time.