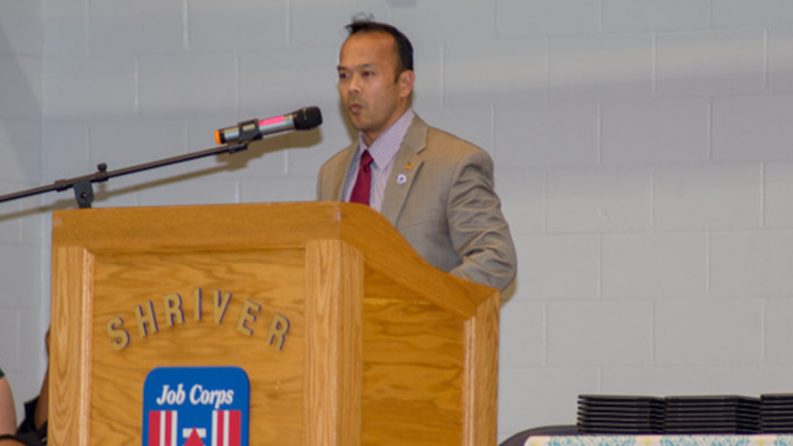 [Click the arrows above to see photos of the graduation]

The recent Shriver Job Corps graduation was a great success. Enthusiastic students, Job Corps staff, and family of the graduates were very proud of their accomplishments.

Senator Dean Tran is the first and only Vietnamese-American to hold an elected office in Massachusetts. He’s also one of just a handful of Americans, who is of Vietnamese descent, to be elected to public office in the United States.

Senator Tran was born in Saigon, Vietnam and emigrated with his family to the United States at the age of four. A son of an army soldier and a successful business family in Vietnam, he knows what it’s like to start from the bottom. His family sacrificed every possession they had in order to flee from the communist country and achieve freedom. After fleeing Vietnam, Senator Tran’s family spent two years in a refugee camp while waiting for their application for green cards to be approved. In 1980, he and his family were sponsored by a Catholic priest in Clinton, Massachusetts where he called his first real home. In 1986, his family relocated to Fitchburg, Massachusetts where he graduated from Fitchburg High School. He went on to earn a bachelor’s degree from Brandeis University.

The students were very moved by Senator Tran’s personal story of struggle and triumph.

Senator Tran believes everybody has opportunities waiting out there to help them better lives. He told the graduates to take them and added,

“Look at me and see how I made the right choices, coming from Vietnam, and you can do the same.”