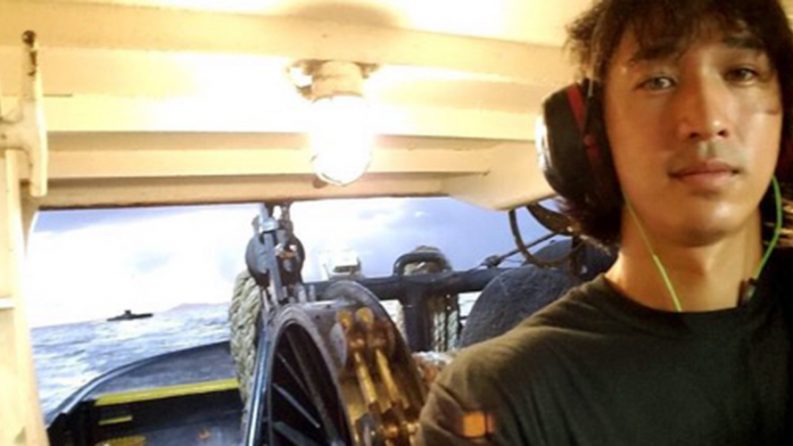 A Successful Career in Seamanship Thanks to Tongue Point Job Corps

“The instructors were amazing,” says James Ernst. “You get out what you put into the program. The harder you work, the more you understand, and the instructors are there for you, every step of the way. The training gives you a good sense of the industry and where you want to fit into it.”

James Ernst studied seamanship at the Tongue Point Job Corps Center in Astoria, Oregon. The program is 18-24 months of intense maritime training with endorsements in Able Bodied Seaman (AB) Limited and Qualified Member of the Engineering Department (QMED). These courses are approved by the U.S. Coast Guard. The program has been in existence since 1980 and is operated by Inlandboatsmen’s Union in conjunction with MTC.

James quickly learned he liked taking apart and putting things back together. He also liked the solitude of the engine room. Now he works in the industry doing just that. James’ work schedule includes five weeks of 12 hour a day split shifts.

As part of his training at Tongue Point, he did his work-based learning with Sause Brothers in Honolulu, Hawaii, as a deckhand. After graduating, in 2016, he quickly started working in the industry. While grateful for the job—he still wanted that brass ring, to be an engineer. Through constant encouragement from a mentor at Sause Brothers, he continued to work hard and to make a name for himself as a reliable deckhand. When he had saved up enough and had the time off, he flew to Virginia for the test for licensure as assistant engineer. With it proudly in hand he flew back home and was ready when a job in the engine room opened up with Sause Brothers. “I love this job!” James exclaims, “I make more than I ever thought possible. I thought I would just be a waiter my whole life, and now I have this: a career that I can continually advance in. Next up, in about one and a half years, I will qualify to get my Unlimited Assistant Engineer license and then, in about five more years, I can go for my Chief Engineer License.”

The transition to his new career wasn’t easy but definitely worth it.

“It was hard, and I wasn’t sure it would work out but I decided to make it work. I wish I had heard about the seamanship program a lot earlier and had entered it straight out of high school. For young people who don’t really know what direction they want to go in, I think they should look at Job Corps and don’t procrastinate. Don’t be afraid. It will be different, but the more you put into the program the more you will get out of it. Just decide on what you want to do and work hard at doing it.”

James says that now, when he looks at his paycheck, he feels proud that some of his tax dollars are going into such a worthwhile program. He recently helped another seamanship graduate get a job on the harbor in Honolulu. “We help each other out. It feels good to be a part of something that keeps on giving.”

Just a few years ago, James was waiting tables for minimum wage and couldn’t see how that would change. Now, comfortably in the middle class, James sees no limit to his future.

“There’s no going back, now,” he happily concludes.

“James Ernst excelling in the industry comes as no surprise to staff of the Seamanship program,” says Captain Len Tumbarello, director of the seamanship program. “During his time in the program, he always embodied the program’s core values of proficiency, people, professionalism, and passion.”

More than 80 students graduate from Tongue Point Job Corps annually with their AB (limited) and QMED-Oiler qualifications. And on average, 95% of their graduates are placed and enjoy employment in the maritime industry. Some of their graduates have reached the pinnacle of the industry and are now pilots for major river systems.

“It does not get any better than that!” says Captain Tumbarello.