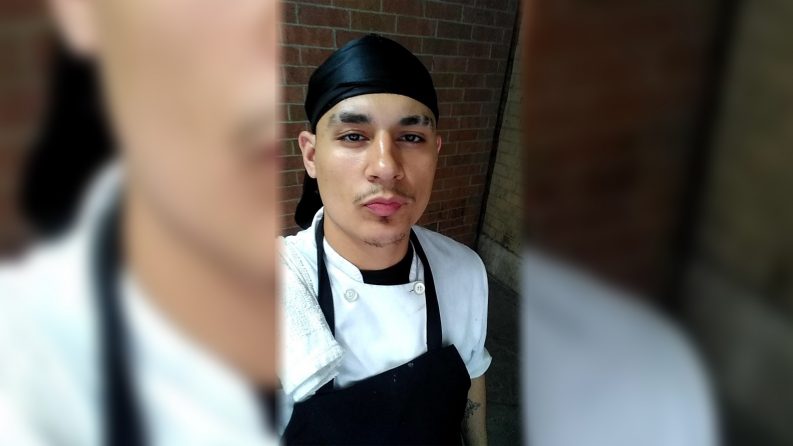 Gabe Mendoza was involved with drugs and gangs since the age of 14. He never thought he would graduate from high school, but he did. Gabe then played football at Rochester Technical College, but unfortunately, he hadn’t completely abandoned his troubled past behind. He found himself involved in drugs once again and headed nowhere fast.

Then, his twin sister told him about Job Corps. She strongly encouraged him to enroll at the Hubert H. Humphrey Job Corps Center in St. Paul, Minnesota. But every time she mentioned Job Corps, Gabe would respond, “No, no. That’s not for me.” But his sister never gave up and eventually got him to attend orientation at the center. That was all it took. Once Gabe heard about all the career opportunities, he knew Job Corps was the right place for him.

It wasn’t easy. He struggled being away from home and learning about friends who were killed because of drug violence. It was hard for most of the other students to relate to Gabe, and that made it even tougher for him. There were many times when he thought he wouldn’t finish the program. But his instructor, Chef Chris, really got through to him and encouraged him to keep going. Gabe completed the culinary-arts program.

Gabe says, “I have learned how to process my emotions which I believe has contributed, in a big way, to my success. Overall I have never had so much control over my mind.” Gabe now works at Kincaid’s Fish, Chop and Steakhouse—a five-star restaurant. He is the youngest cook there.

“Job Corps taught me how to have an open mind,” adds Gabe, “Because of Job Corps, I didn’t have to start at beginning, such as a dishwasher and work my way up. I started as a line cook which is a very high position at my work. Job corps really prepared me. It also helped me expand my horizons. I wouldn’t be able to have the job I have now without the knowledge I learned from Chef Chris.”

Gabe loves his job and knows it’ll sustain him. The restaurant offers a $2 raise every 90 days for the first three years.