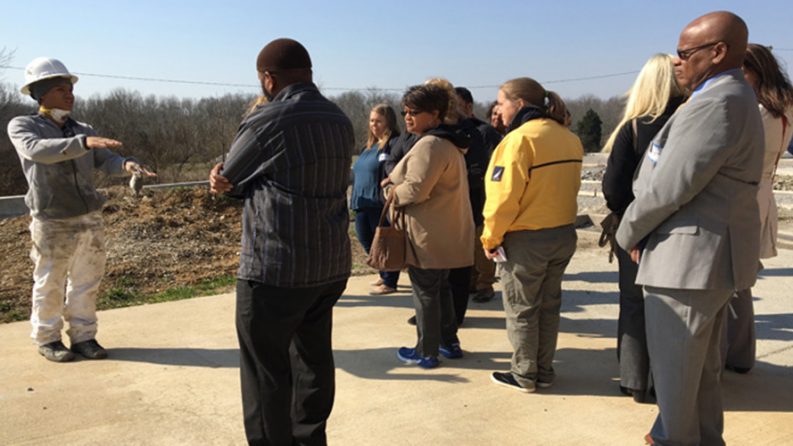 The Earle C. Clements Job Corps Academy and Whitney M. Young Job Corps Center, both in Kentucky, recently hosted the U.S. Department of Housing and Urban Development (HUD). Staff at the Earle C. Clements center, which is operated by MTC, gave an overview of the training curricula and the high success rate among students.

“Job Corps is changing the lives of so many motivated, low-income youth who would not otherwise have a chance to gain a valuable education and career. Each center has a specific curriculum focus, so my goal is to have public housing authorities transport interested young adults to each of the centers to give them a chance to find the one which fits their interests best.”

“We are excited,” added Barton about our partnership with the U.S. Department of Housing and Urban Development to further the outreach and admissions process.”

“Job Corps changed my life. I really don’t know what I would be doing had I not come to Job Corps. I learned everything I know from my instructor.”

TraDarius completed the carpentry program and just started working with the United Brotherhood of Carpenters. He is earning approximately $25 per hour including benefits.