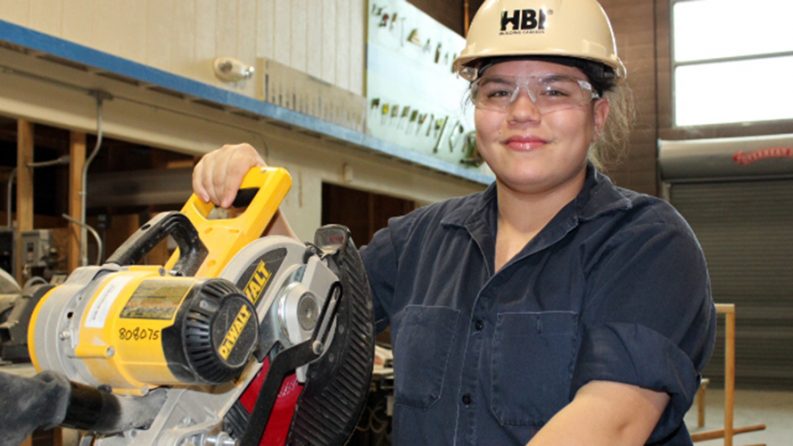 While the vast majority of construction jobs are held by males, more and more females are entering the industry. And part of the shift is thanks to Job Corps.

At MTC’s Sierra Nevada Job Corps Center in Reno, female students have access to a variety of construction trades including building construction technology, carpentry, and electrical. “The electrical field is all about solving puzzles, and I like puzzles,” says student Destiny Perez. “I’m learning so much: sometimes it’s easy and sometimes it’s hard, but I got this.”

Destiny’s father recommended she become an apprentice electrician, and so far, she says it’s working out well.

While most of the 140 female students at Sierra Nevada Job Corps are earning certifications in more traditionally female fields like healthcare, business, and culinary—other female students, like Ruth Rodriguez who completed the carpentry program, are breaking the stereotype.

“I got some new muscles in this trade. I learned a whole lot when we repaired and maintained the campus dorms. I enjoy working with my hands using tools, cutting wood, and building things. I’m ready to work.” Ruth is confident she’ll get a good carpentry job through the union when she returns to Las Vegas, where the building boom is in full swing. Her advice: “Don’t be afraid; just go for it.” Painters Sierra Duty and Winona Raketa have also learned much from hands-on center repair projects. They’re both going into the International Union of Painters and Allied Trades when their training is complete.

“I can make a good living as a painter,” says Sierra, who recently completed her training.

“When I get back to Carson, I’ll be kind of a jack-of-all-trades employee. That’s why I like BCT. You learn to do a variety of things proficiently. You’re more valuable.” The students say it’s been a challenge and great opportunity to train in the construction industry—and their male counterparts recognize their tremendous skills and contributions.

“I’ve never had any of the guys give me a hard time,” explains Ruth. “They treat me as part of the team. But it’s like any other job, you still have to prove yourself.”