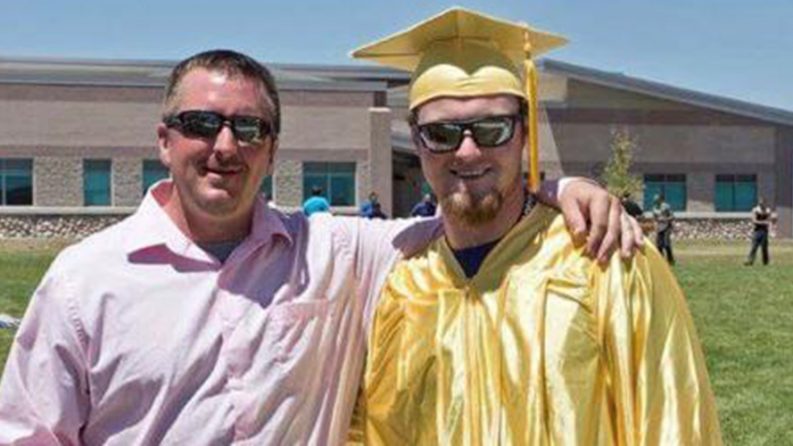 In a matter of months, Buffalo High School’s (Wyoming) class of 2018 will walk across the podium to accept their diplomas. But not all of them will have that chance.

During the 2016-17 school year, 11 seniors did not graduate from the high school, according to statistics from the Wyoming Department of Education. But the failure to earn a high school diploma is not necessarily the end of a student’s story—just ask Garth Kottke. “Take my word for it,” Kottke says. “If you fail at first, you need to keep working and keep looking. There are always people who want to help you succeed and find ways to overcome your problems. You just need to know where to look.”

Garth was one of the six students who did not graduate at the end of the 2013-14 school year. Throughout high school, Garth struggled with learning disabilities that made subjects like math and English difficult.

Garth also had a seemingly insurmountable physical disability. After being poked with a stick by a fellow student in the eighth grade, Garth lost sight in his left eye.

During his freshman year in 2009, Garth met someone who would put him on a new path to succeed.

Juli Aubrey is a transition coordinator for the Johnson County School District. She remembers Garth being overwhelmed by his disabilities and discouraged in the classroom.

“Garth really struggled in school, but he would give it his all each and every day,” Aubrey says. “Unfortunately, it became evident that that effort wouldn’t be enough.”

By 2014, Garth realized he would not have enough credits to graduate. With the help of Aubrey, who was then working for the Wyoming Division of Vocational Rehabilitation, he began planning his next step. That next step—the Wind River Job Corps Center.

After touring the Job Corps campus on Aubrey’s recommendation, Garth was sold on the program.

“I felt like it would be a good fit for me. I thought that this was an environment where I could really grow and learn.”

And right after the tour, Aubrey could tell something had clicked.

Garth joined Job Corps in September 2015 and was one of the school’s first students. He studied heavy equipment operation.

“When I started, I was just kind of dumbfounded when it came to operating big equipment,” says Garth. “But Job Corps taught me what to look for when operating a piece of heavy machinery and the importance of always being observant. By the time I graduated, my confidence had really skyrocketed.”

Garth is quick to admit that his physical and learning disabilities didn’t vanish when he enrolled in Job Corps. But, he was joined on his journey by staff who helped him work through his challenges.

“It was an environment where everyone really wanted me to succeed. The staff was there after-hours to help, and they really pushed me to be the best that I could be.”

A year after graduation, Garth is thriving. He currently drives trucks for the Eagle Butte Coal Mine in Gillette, and he recently received a promotion and a $10-an-hour raise.

“Some people think of dropouts as throwaway kids, but that’s never the case,” says Aubrey. “Just look at Garth—he went from being a dropout to making over $4,000 a month at the coal mine. If he can be successful, anyone can. If you work hard enough, you can overcome anything.”

“You just need to keep trying until you succeed. If you want something enough and work hard enough for it, nothing is out of your reach.”