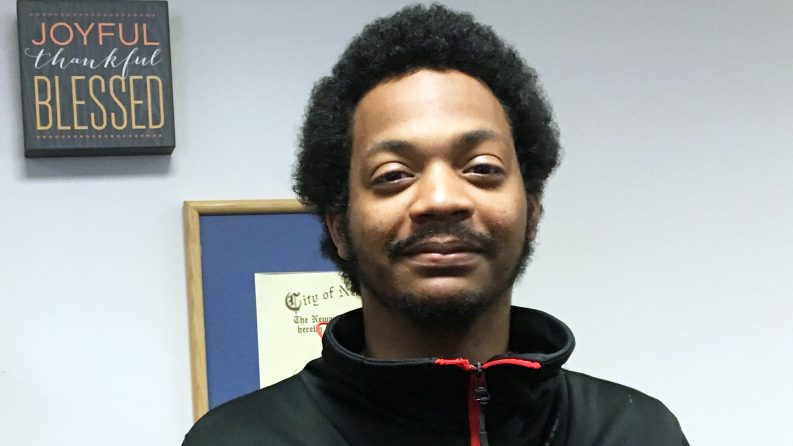 From Homelessness to Hope at the Edison Job Corps Center

For Edison Job Corps graduate Jewel Ivery, life was anything but easy before Job Corps. Jewel grew up in New York city, moving from house to house and even experiencing homelessness in between. His life was headed nowhere until he learned about Job Corps.

He decided it was time to get an education and training to be able to provide for his family.

“I was tired of living that type of life,” he says.

Jewel enrolled in the United Brotherhood of Carpenters program at the Edison Job Corps campus in order to change his future outlook. While studying, he also had many meaningful experiences through Job Corps including volunteering to build a home for Habitat for Humanity.

He completed the carpentry program in May 2019 and will be hired by the United Brotherhood of Carpenters in New York City making $21 an hour. He’s secured a place to live and will no longer be homeless thanks to Job Corps.

“I’m so thankful to Job Corps for giving me what I needed to be able to support myself and have a better future. I’m excited about my new job and that I’ll be able to earn enough money to have a place to live.”