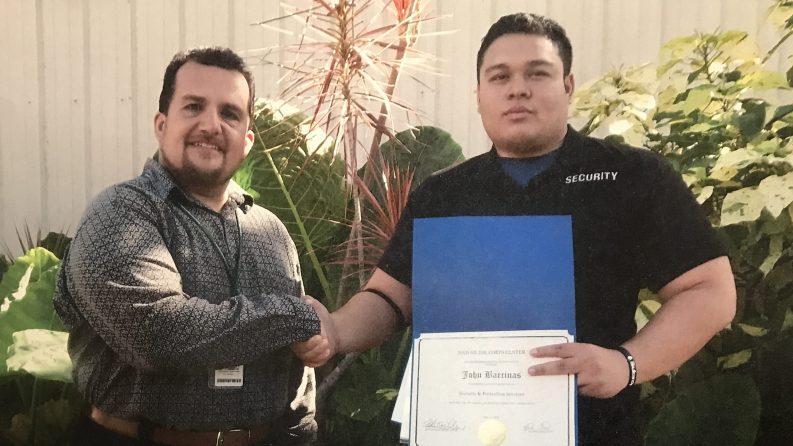 John Barcinas came to Hawaii Job Corps from the tiny island of Rota, just north of Guam. From the very first day with his admissions counselor, he was adamant about pursuing a career in the security industry. He quickly excelled in the center’s security technical training program. His instructor, Robert Dandrea, says,

“John was studious, proactive, serious, and made the most of his time learning whatever he could. He wanted to earn every certification possible to help him achieve his goals, and he constantly pushed himself to make it happen.”

These certifications and skills made John highly valuable in the job market. He graduated from the Hawaii Job Corps Center in August and was immediately hired as a full-time security officer with G4S Security making $15/hour for his starting wage.