He Was Always in Trouble Until Sierra Nevada Job Corps 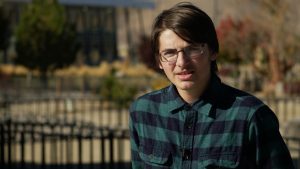 A Sierra Nevada Job Corps student talks about his experience in the program.

“I love computers, and I love to program. I want to eventually become an Informational technology professional.”

But it’s not always that simple. Brandon Ungaro says the one constant in his life is that he was always in trouble—in school and at home.

“I kept getting into trouble, over and over. No matter what I did, I always stayed I trouble.”

So, after dropping out of high school he says he needed something that could turn his life around—and that was Sierra Nevada Job Corps.

“I came here and no trouble. For some reason once I came here, I just never got in trouble again.”

Brandon stayed out of trouble because he was very busy in Job Corps. “Being in SGA [student government association], working in the cafe, being in multiple work-based learning internships. I feel like I’ve accomplished something since I have been here.”

He also finished high school, worked on center in the IT department, and is now preparing for college where he plans on studying cyber security.

“I’m going to do their ACT program where you get about two years of college done.” 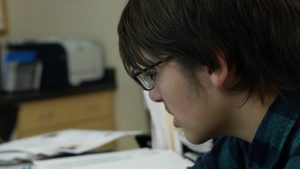 “Brandon came in a little immature. But he’s, very, very talented and skilled; very impressive young man. But he had kind of an ego thing happening, that he thought he knew better than anybody else. He has learned that he needs to take things one step at a time and listen to the people that are talking to him. He’s made such a turnaround.”

Brandon has his eye on a job with a company that would let him start in office administration and then progress into their IT department. He’s excited about his future. And, he says it’s a lot better than always being in trouble.