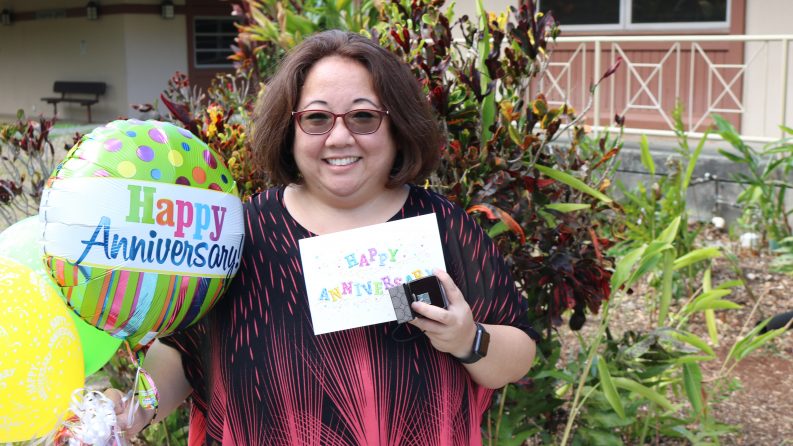 Job Corps Alumna Returns to the Program That Changed Her Life

Jaime Miyake recently celebrated her seventh year anniversary as a valued employee at the Hawaii Job Corps Center where she serves as the buyer. 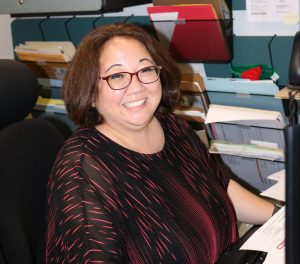 Twenty-eight years ago, Jaime was a struggling youth, growing up in a shanty household being raised by a single mother in Kalihi. Her mother had to wok several jobs to support Jaime and her two siblings. At the time, Jaime perceived her mother’s absence as abandonment.

At 16, she became a threat to herself, her family, and the public. She was frequently truant from high school, got into fights, and began abusing drugs and alcohol.

Jaime spiraled out of control. That’s when her mother and school counselor strongly suggested she go to Job Corps to make the change she desperately needed. Jaime was reluctant.

The transition to Job Corps program wasn’t smooth. At first, she fought the structure and rules. It wasn’t until a caring residential advisor sat her down to find out why she was so angry and self-destructive. This conversation made her realize that her mother didn’t abandon her but was trying to make a better life for her entire family.

That was the turning point for Jaime who changed her mindset and began excelling in the program. Her change of attitude lead her to a successful graduation and obtaining a good paying job.

Jaime would go on to raise two boys with her fiancée and attain a degree in accounting. She worked as accounting manager for ten years. She was proud to provide a comfortable life for her family. 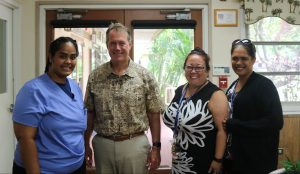 Then, Jaime’s world stood still after being diagnosed with terminal cancer. She beat the odds and recovered after treatment. That’s when she realized she needed a career with purpose which lead her back to Hawaii Job Corps.

“I wanted to give back to the place where my future began. If you are willing to change, this opportunity that is given to you will not waste that change; it is you, the person who is in control of yourself, that is what is needed to facilitate this process. I went through it, and look at me now. I have two kids, one of whom is going to university and medical school right after, a loving fiancée, and a dog we all love and cherish. I thanked my mom and the staff at Hawaii Job Corps for giving me this opportunity to better my life and therefore better my future.”

Jaime shares some words of encouragement for any young person looking to improve their life.

“Anyone could do this. It is the effort and the motivation you give in return that would brighten up the future for yourself; that is what makes Hawaii Job Corps a beautiful program, to give people a second chance in life.”