Ben Watkins is busy working at Sullivan Metals Company in Holyoke, Massachusetts. He’s a welding student at Westover Job Corps, just a few miles away. He grew up in New York State. 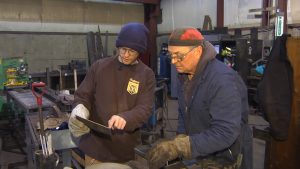 “I kind of didn’t really do a whole lot of much for a few years there,” Ben says, “I wanted to get my life together. I wanted to change. I wasn’t liking the environment that I was in before I came here.”

And Job Corps was his ticket.

“I actually think they do a terrific job.”

“Believe me, we’re getting terrific value. These kids are doing a great job. And I think it just helps them broaden their career.” 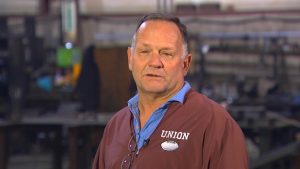 Ben sees a brighter future because of the training he’s received at Job Corps.

“Hopefully I will get a job back home with something like Lockheed Martin or doing TIG {tungsten inert gas welding] on aerospace parts or welding pipe. I don’t know. There are a lot of options really.”

For now, Ben is glad to be earning a paycheck—especially considering he’s a new father.

“I’m just super grateful and feel really blessed that they hired me. So now, I can make some money to help support my new family.”

As for Job Corps, Ben and Bill can’t say enough good about it. 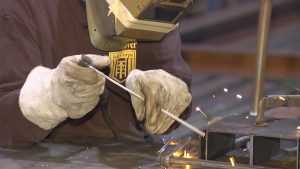 “I firmly believe in—strongly believe in it,” says Bill. “Because I think these types of jobs, with these young people doing these kinds of jobs, it’s a tremendous opportunity for them to have a terrific career. But also, there’s a lot of need. I wish there was more of it [Job Corps]. I think it’s a tremendous use of taxpayer dollars.”

“Since going through the Job Corps program, it’s really, vastly changed the options that I have in my life today…I’m glad that politicians and Congress, that they continue to fund Job Corps, because I think it actually does a lot of good. For someone like me, you know, who wanted a second chance, there might not have been many other options really…I wouldn’t be where I am today without it. And I really like where I am today.” 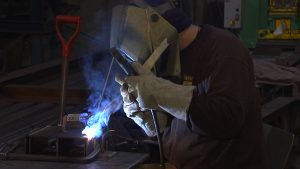