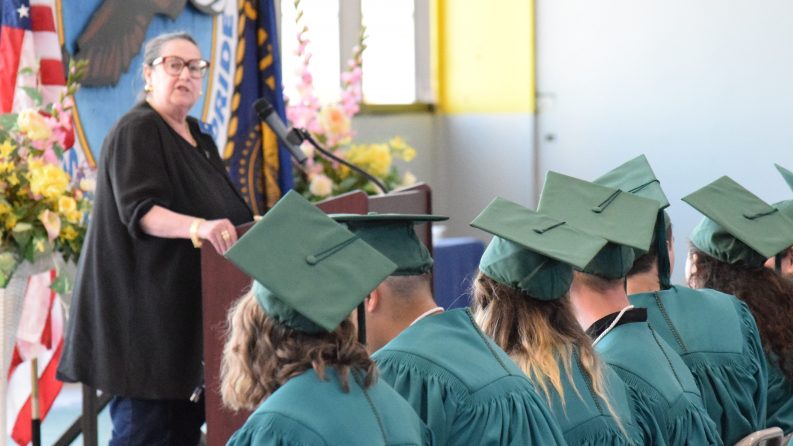 Tongue Point Job Corps graduate Salesta Lee-Wright presented Oregon State Senator Betsy Johnson with a plaque signed by the most recent graduating class. The plaque was a small token to thank Senator Johnson for her tremendous support and for being the keynote speaker at this summer’s graduation ceremony.

“This week,” Senator Johnson said to a room full of graduates, family and friends, “began with two minutes of celestial magic – a total eclipse. Today, we’re bringing the week to a close with a different kind of magic. The kind you create by working hard, making sacrifices, and creating change.”

Senator Johnson talked about the skills Job Corps students gain in the program and how they’re put to the test in real life. She also emphasized the importance of the other skills learned in Job Corps including self-discipline.

“Tongue Point Job Corps Center is a benefit to the county and a safe place for students to live, learn, and train.”

She concluded with advice to the graduates to get to know themselves and what’s really important in life, without being overly influenced by the media or the advertising industry.