Jacqueline Cervera owns this insurance business in Chicago. She built it from the ground up and is working hard to make it successful. She never thought she’d own her own business. She explains what her life was like before she found Job Corps. 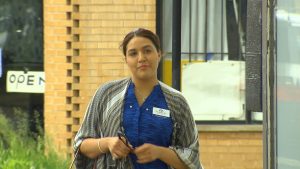 “I was pretty much living on my own, with three kids. I pretty much didn’t see the next point [of my life] from there. So, Job Corps, when it came to me, I thought, ‘That sounds like a great opportunity: be able to get job skills, be on a campus where they support you 100 percent.’”

Jacqueline graduated from the Chicago Job Corps Center in 2012 with training in office administration.

“It was awesome,” she says. “I really feel that it prepared me for a lot of what’s out here in the real world.”

She pursued a career in insurance—particularly life insurance. Jacqueline’s on a mission to help protect people in the case of tragedy, something she’s seen far too often in the windy city of Chicago. 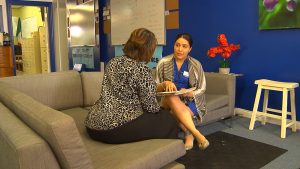 “We all deal with losses on a day to day, especially coming from where I come from. It’s not something I want to say has become normal, but a lot of people I went to school with, a lot of people I grew up with. A lot of people I cared about and loved are unfortunately not here. And that leaves a big trauma to those who knew this loved one. So, it was definitely a personal subject for me.”

She’s doing what she loves, and she gives a lot of credit to the Job Corps program. 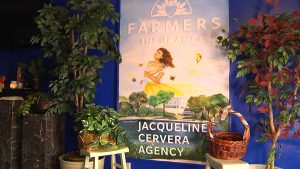 “I feel like it’s very easy for a kid to steer off in the wrong direction at such an early age. And I feel like Job Corps is that net for those who have gone off track; or those who want to get something different, get more experience…I definitely wanted to get into something where I could use the skillsets I acquired in Job Corps, as well as do something to help the community; kind of give back to where I started from.”