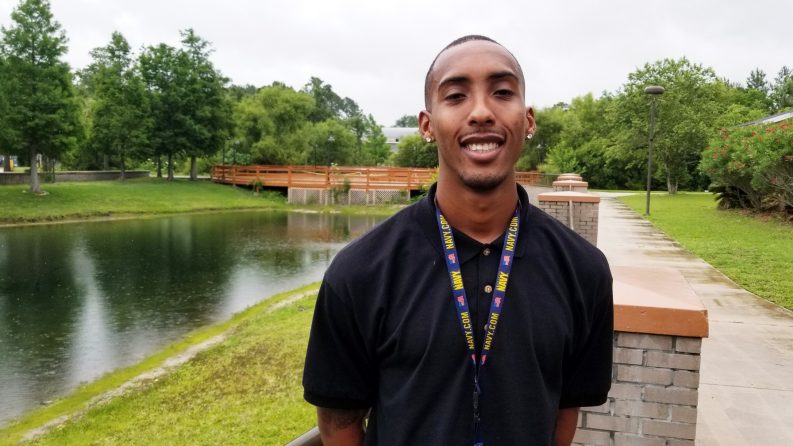 Jonathan Tucker is a 20-year-old student from Greenville, North Carolina. Jonathan attended Mallard Creek High School and later enrolled at Central Piedmont Community College located in Charlotte, North Carolina on a basketball scholarship. Jonathan was headed to a world of basketball but lost his college scholarship and was uncertain about what he wanted to do next.

A relative recommended Job Corps. It was an opportunity to have the career and lifestyle he never thought he could have after dropping out of college. While at the Jacksonville Job Corps Center he chose the computer services technology program and quickly excelled.

Realizing that the military was one the five career paths offered at the center, he decided to take the armed services vocational aptitude battery test to get into the United States Navy.

Jonathan not only completed his trade but was admitted into the Navy.

“I could not have done this without my instructor and staff members at Job Corps. Everyone from the classroom to the dorms helped me to succeed. Job Corps provided the opportunity for me to fulfill my dream. I am grateful for the opportunity that this program gives to students.”

Jonathan is currently at the Navy Boot Camp in Great Lakes, Illinois completing his basic training.

Jacksonville Job Corps center trains about 425 students per year in a variety of careers including carpentry, electrical, certified nursing assistant, office administration, pharmacy, computer, and HVAC. The center’s top priority is to teach eligible young people the skills they need to become employable and to help place them start meaningful careers.