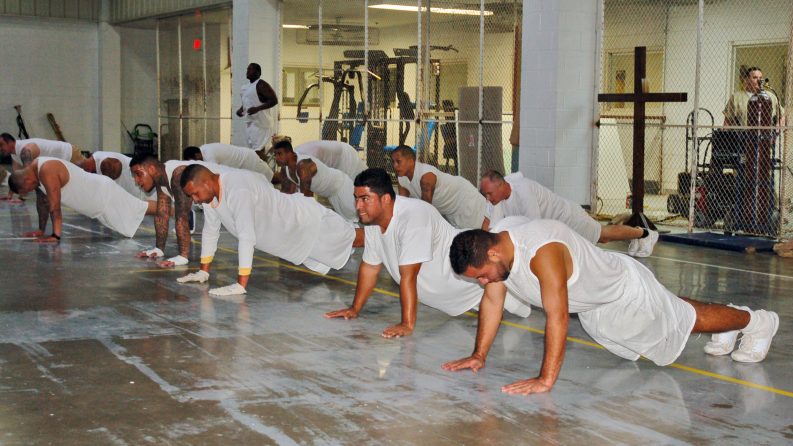 When Dillon Austin was a resident at a different correctional institute before being transported to Bridgeport MTC, he was a 300-pound man looking for something to help motivate him to get into shape. At that past facility, a program was introduced to him called ‘Con-Fit”; an in-house prison program led by inmates with the purpose of promoting fitness and the Christian Faith.

Deciding to give this program a try, Dillon joined up and went all in! After months of group workouts along with pre-workout encouragement discussions of God and prayer, Austin eventually lost over 30 pounds! After being transported from his past facility home, Austin moved into Bridgeport MTC. Inspired by the changes in his life that came from the Con-Fit program, Austin worked with facility leaders and eventually brought the program to the Bridgeport facility.

Con-Fit utilizes a moderate cross-fit (get it) workout that begins with a group led series of prayer and discussions of gospel. Following that, the members of the group spread throughout the facility’s gym ad prep the scene with a mix of loud speaker music playing throughout the gym. After that, utilizing a large projector screen, a video is displayed on the gym walls with an instructor who leads the mass group in a series of exercises.

During the exercise, participants will keep up with the instructor and engage in many different moderate exercises such as squats, crunches and other simple workout activities. For twenty minutes straight, program participants will engage in these workouts non-stop with a series where members will run in place during rest times. This program takes place three days a week and is a 90 day class.

In only four weeks (since the program started at Bridgeport MTC) Austin, who is a program leader, mentioned that plenty of guys have told him that because of the class, they have not only started exercising but have begun eating, too; staying away from junk food and not eating as much when it comes to meals and snacks. One member, Austin, who is a program leader, has already lost 6-pounds!

Still utilizing the workouts and choosing to eat healthier, Austin today sits at a healthy 260 pounds and says that is something he is very proud of. Austin also says that he hopes to pass on the same fortune that he received to other residents of the Bridgeport MTC facility.

Bridgeport Correctional Center is accredited by the American Correctional
Association—achieving 100% compliance for both mandatory and non-mandatory
standards in its most recent audit. Other accreditations and certifications include the
Correctional Education Association and the Prison Rape Elimination Act (PREA). 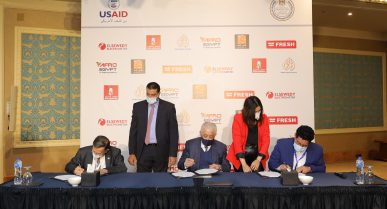 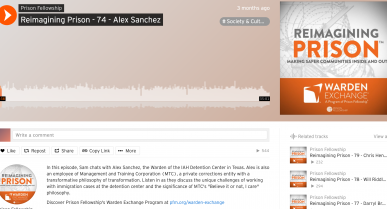 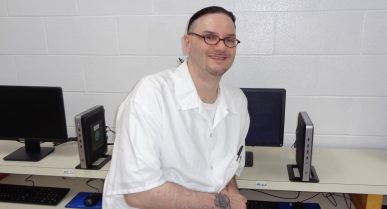