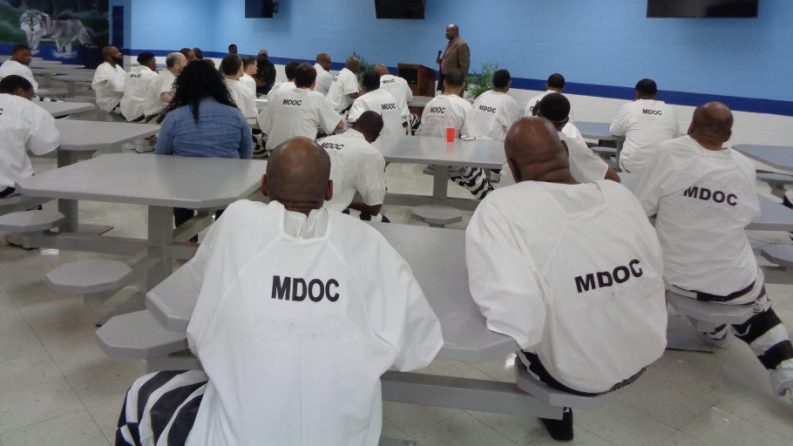 If you’re in prison, advice from someone who has been in your shoes, hits home. Nelson Fears, a man who was incarcerated for more than 15 years, recently visited with men at MTC’s Wilkinson County Correctional Facility in Woodville, Mississippi. His message? You can find hope in seemingly hopeless situations. 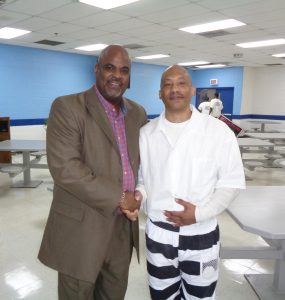 “You’ve got to trust what you can’t see,” he said. “When you do better, and give respect to others, your situation will get better. Yes, there are benefits to making good choices.”

Fears is now the pastor of Pleasant View Missionary Baptist Church in Salem, Alabama. Interestingly, he spent some of his years in prison under the leadership of Warden Scott Middlebrooks, who is now the warden of the Wilkinson facility.

“Our guys need to hear what Pastor Fears has to say,” Middlebrooks says. “He’s been where they are. So they can relate to what he says about life in prison.”

Warden Middlebrooks adds that Fears is a good man who really cares about people. It was for this reason, among others, that he brought him to Woodville as a guest speaker.

Most of the men who came out to hear Pastor Fears are participants in a new initiative at the Wilkinson facility known as “Thinking for a Change”. It’s an integrated, cognitive-behavioral program.

“When men are doing time, they often feel lost and all alone,” says Fears. “Sometimes they feel discouraged. But it’s important for them to keep believing and keep doing the right thing, even when nobody is looking. Eventually, something good will come their way.” 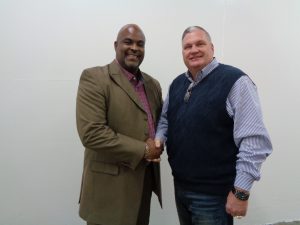 Several men said they enjoyed the presentation, and they thanked Fears for coming. One said he wept as Fears spoke.

“It was a message of hope from somebody that’s been where we’re at,” says Christopher Myers.

He explained that Fear’s point about respecting others resonated with him in a special way. “Sometimes you have to respect others even when they’re not respecting you,” he said.

Warden Middlebrooks followed the presentation with a few words of encouragement.

“I’m a firm believer that good things come to good people,” he said to the men. “The choice is yours. You’ve got to make the right choice.”