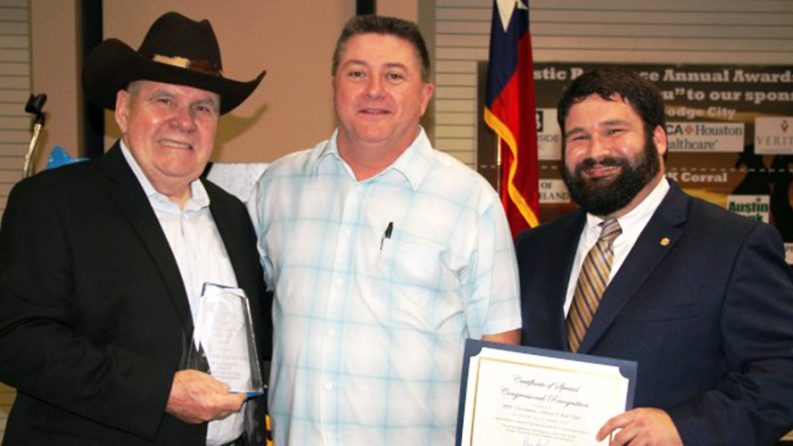 And the winners are…

The Greater Cleveland Chamber of Commerce held its much-anticipated annual awards ceremony on Friday, Jan. 24, at the Cleveland Civic Center. The event is also when the Chamber board leadership officially changes.

Victoria Good is this year’s chairman, replacing outgoing chairman Charlie Rice. At the banquet, Good presented Rice with a plaque commemorating his year of service as chairman and Kari Duggar with a Chairman’s Choice award, recognizing Duggar’s service and commitment to the Chamber.

MTC Cleveland (formerly known as Cleveland Correctional Center) was named the Business of the Year.

John Hart, owner of Hart’s RV and Boat Storage, was picked as the recipient of the Alfred G. Anderson Citizen of the Year.

The winner of the Jean Noble McAdams Volunteer of the Year Award is realtor Regina Vollmer. Raylene Atkinson, who works for Texas Emergency Hospital, was picked as the Ambassador of the Year.

The award for Non-Profit of the Year is Covenant With Christ, which operates a thrift shop and food bank in Cleveland.