“I’ve been invited to participate in an academic conference,” says Glen Conley, a resident of the Wilkinson County Correctional Facility in Woodville, MS.

Today, Glen is participating in a panel discussion with other academics about Anne Moody, the late civil-rights activist. In researching Anne Moody, who is from the Woodville area, Glen wrote a paper which, through the efforts of former Wilkinson County Chaplain Dr. Roscoe Barnes, gained the attention of Dr. Leigh Ann Wheeler of Binghamton University. On the strength of Glen’s unique take on Anne’s life and the reasons she did what she did, Glen was invited by Dr. Wheeler to be a part of the conference and present his paper.

“My understanding,” says Dr. Wheeler, “is that he is the first inmate of a correctional facility in Mississippi to be allowed to do something like this.”

“This is new, it’s historic. And, also, he’s presenting some research on Anne Moody that has not been presented before.”

Just like any scholar’s work, Glen’s paper was subject to criticism. And Glen did not take offense when the panel commentator questioned his conclusions. 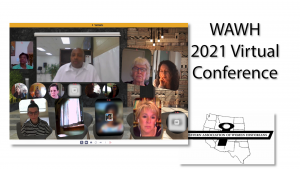 “Even that critical comment by the commentator,” explains Dr. Wheeler, “I think he liked getting that because he knew she was taking him seriously. She wasn’t just patting him on the head and saying, ‘good job’. She was engaging him and wanted to hear how he responded to that point in question.”

“I was very proud,” she says, “and people were delighted. A lot of people wrote to me afterwards and told me how pleased they were to have met him and how impressed they were with his work and his presentation…I have a lot of respect for administrators there for thinking this is important, for appreciating the work that Glen is doing and for facilitating our communication with each other and his with the wider historical community.”

Scott Middlebrooks is the facility warden.

“Well, it’s amazing,” he says. “I’ve never seen it before, and I’ve been doing this 34 years. I think it’s a tremendous achievement on his behalf. It speaks volumes into the research he’s put into it, and the subject matter is so important, especially today.”

Glen sums up his feelings on the experience.

“I think that many times, especially people on the outside, they don’t quite get the gist of how things are on the inside. I think sometimes they have a perception of prison, guys in prison, and they really don’t get to see that positive aspect of what really goes on inside the prison. It’s not like what you see on TV. Good things happen inside a prison, people learn inside a prison, people become rehabilitated. And people want to give back. Many of us simply want an opportunity to show society that, ‘Hey, I’m valuable. I have something to contribute. Give me a shot. Give me a chance.’”