Vincent Mao immigrated to the United States from China. He had a dream to reach his full potential. Vincent found success with the help of the Sierra Nevada Job Corps Center.
“If you die without regret, you are a success,” Mao explained.

At 20, he moved to the United States. At the time, he spoke very little English.  Mao’s uncle suggested a Job Corps program to improve his English proficiency. That’s when Mao discovered the Sierra Nevada Job Corps Center. He attributes his time at Sierra Nevada Job Corps to laying the foundation for his future.
“Job core is a crucial place for success. Why? Skill. Skill is crucial. Once you learn a skill, you’re a success. Money results from success, but you must have skill first.”
Mao grew up in poverty. As a child, he had to make his toys, driving his passion for creativity. He claims some may see it as a curse, but to him, being poor as a child was a blessing as it forced him to become handy and self-reliant. After he graduated, Mao went on to build a successful jewelry business, which he grew to seven retail stores. But, Jewelry wasn’t enough for Mao. During an economic downturn, he focused on technology. He patented a jewelry vending machine, a vending machine that sold CBD products, and a special sun visor for cars.
In his current endeavor, Mao started a company that creates fire-suppressing drones that use thermal camera technology to detect and respond to fires early. The inspiration came from all the wildfires he saw in northern Nevada and California. If that’s not enough, MAO has also opened a nonprofit agency called the Honey Badger Club to help other aspiring entrepreneurs achieve their dreams. Mao feels the key to success is to break the barriers we keep on ourselves and always think outside the box. “If you have an idea, patent it,” he advises.

“I have guts, a good idea, do it, no fear, just got to do it. Action will make it happen.” 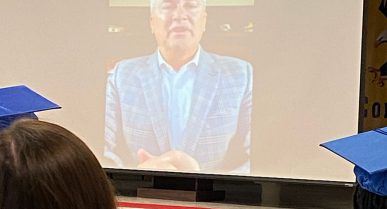