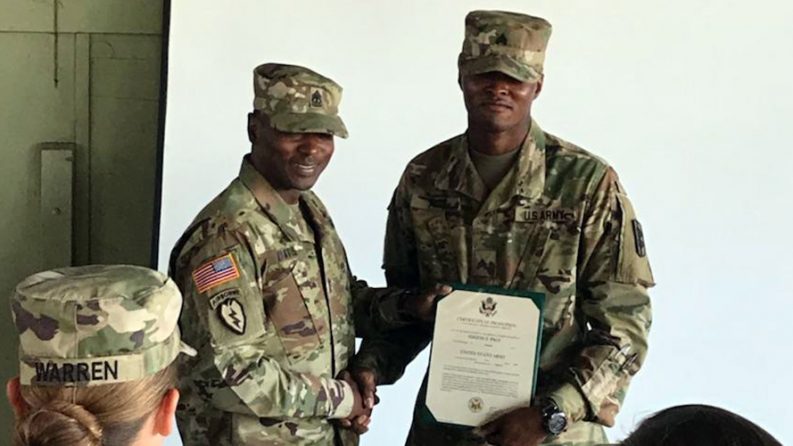 Pre-Military Program at Earle C. Clements is Putting Students on Path to Success

“Job Corps has helped me become a better person—especially the pre-military program. I didn’t really know what to do with my life, and I was jobless for almost two years until someone told me about Job Corps. I had never heard about Job Corps, but I decided to give it a try.”

Eugene says Job Corps provided him with many career opportunities. “It gave me chance to do some hands-on training working at several restaurants in Evansville, Indiana.

Al Seymore is the military coordinator at the Earl C. Clements Job Corps Academy. He says, “Eugene was an outstanding pre-military cadet and student at this center. He was very appreciative of the program and has stayed in touch.” Eugene has been promoted several times in the food service division in the U.S. Army and was recently promoted to the rank of Sergeant. After basic training, he was stationed in Hawaii for several years and recently moved to Germany to continue his career with the Army. “The pre-military program,” Eugene continued, “helped me become much more disciplined. I learned how to lead from the front, lead by example, and train and work hard every day. I learned from my mistakes and how to move forward. Believe me, that’s been an important lesson. Job Corps’ pre-military program got me out of my confront zone. And, now I’m so proud to be a solider and proud of how I got here—Job Corps.”