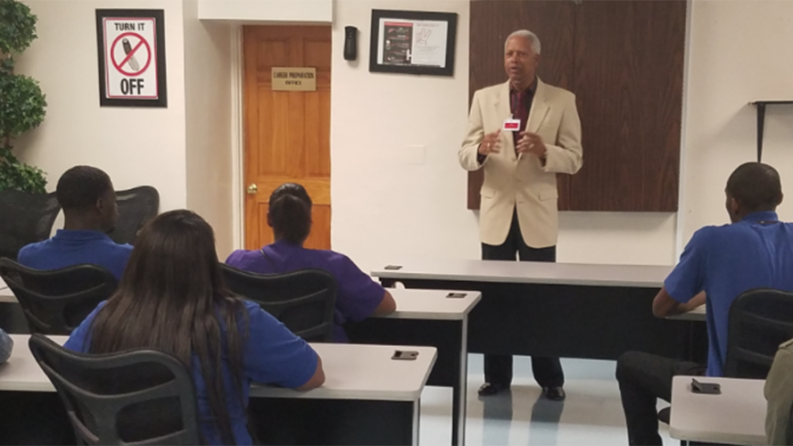 Atlanta Job Corps students learned valuable lessons from a U.S. congressman, preparing them to succeed in the workforce. Congressman Hank Johnson—a longtime supporter of Job Corps—recently taught Atlanta students what it takes to be responsible citizens. “It was a great day to be able to host the congressman at the Atlanta Job Corps Center,” said Center Director Annie Matthews. “Congressman Hank Johnson did a wonderful job discussing what it means to be a responsible member of society.”

Congressman Johnson described his duties as a U.S. representative and talked about his experiences as a civil-rights leader. He spoke about the qualities, he believes, make responsible citizens of the United States. Congressman Johnson also encouraged students “to broaden their understanding of what it means to be a contributing member of society.” “The Atlanta Job Corps Center does a great job preparing students for the workforce. The center and the program are a great value to our society.”